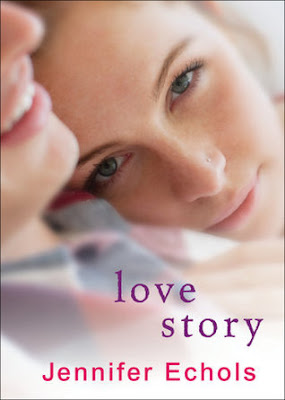 
For Erin Blackwell, majoring in creative writing at the New York City college of her dreams is more than a chance to fulfill her ambitions--it's her ticket away from the tragic memories that shadow her family's racehorse farm in Kentucky. But when she refuses to major in business and take over the farm herself someday, her grandmother gives Erin's college tuition and promised inheritance to their maddeningly handsome stable boy, Hunter Allen. Now Erin has to win an internship and work late nights at a coffee shop to make her own dreams a reality. She should despise Hunter . . . so why does he sneak into her thoughts as the hero of her latest writing assignment?


Then, on the day she's sharing that assignment with her class, Hunter walks in. He's joining her class. And after he reads about himself in her story, her private fantasies about him must be painfully clear. She only hopes to persuade him not to reveal her secret to everyone else. But Hunter devises his own creative revenge, writing sexy stories that drive the whole class wild with curiosity and fill Erin's heart with longing. Now she's not just imagining what might have been. She's writing a whole new ending for her romance with Hunter . . . except this story could come true.
Title: Love Story
Author: Jennifer Echols
Release Date: July 19th 2011
Publisher: MTV Books

This book was really not what I would have expected. I did enjoy the story, don't get me wrong, I mean the characters are writers in the book, so it pretty much sums up what I love. However, the development of interest between Hunter and Erin didn't really fit for me. I never was really able to believe that they had a mutual connection in one another before their English class ever began.


I really loved Jennifer Echols Such a Rush, and to me, this one just was not up there at the same level. This book was still really good, and I recommend it. But something about it, just did not fit with me.
>

The positives...I loved the idea of a former rich girl actually working to make her living. From the sounds of it she really worked extremely hard to get her paycheck. Also, when she went back home to visit she took care of her own horse, got it ready to ride and everything, that was really cool, it kind of enforced that she did things herself even when she was a rich girl. Another positive, Hunter had a great personality, I loved his sarcastic, smarter than though approach.  Lastly, one of my favorite positives was the American Indian man in class, that particularly hated everything that Erin wrote, he was hilarious and I loved it. I am sorry I do not remember his name, but I remember it was kind of long and I believe it started with an S, anyways when you read the story you will know EXACTLY who I am talking about.


The Negatives, I think I have done a pretty good job covering these, I just really did not believe the relationship between Hunter and Erin. Even when they went back home, it just seemed unrealistic to me.


Overall, I would like to say that this was a good book, with great characters, and plot development. Echols certainly knows how to write a book, she even knows how to write books within a book. I very much enjoyed all the aspects and twists this story had to offer. One thing that might have pushed this book over the top for me and made it really spectacular is if this book had been told in alternating perspectives. I think this would have been the kind of story that really benefited from that.

If you like this book, I recommend:
Playing Hurt or Moonglass

Posted by Unknown at 10:00 AM
Email ThisBlogThis!Share to TwitterShare to FacebookShare to Pinterest