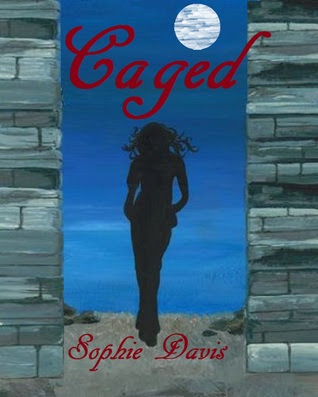 
After her brush with death at Ian Crane’s compound, Talia Lyons feels like a prisoner, confined in her childhood home. Plagued with seizures- the result of an unidentified drug injected in her neck by Crane’s men- Talia must put her dream of becoming a Hunter on hold. So when Agency Director McDonough asks Talia to go undercover at the School for the Talented, to find the spy who set the trap for her in Nevada, Talia jumps at the opportunity.


Soon she learns that her new-found freedom comes with a price- working with Donavon on a daily basis. As if that isn’t awkward enough, her former teammate, Erik, also shows up at the School. But at least Talia has the unexpected company of her best friend Penny; to not only assist her in uncovering the spy, but also to deal with the complications that the guys create.


As Talia becomes more entrenched in her assignment, she quickly learns the lengths that the Agency and Mac will go in the name of war. With Crane’s influence spreading, Talia learns that there are few Operatives without ties to the Coalition. Forced to face hard truths and dangerous conclusions, Talia realizes that it is those closest to her who are hiding the biggest secrets. As the task of finding the traitor becomes more problematic, desperation and frustration rule Talia’s world. It becomes clear that Talia can’t do this alone. But who can she trust, when everyone around her is lying?

Again, Sophie Davis has blown my mind. Caged brought me even deeper into Talia's world. I loved every minute of it.

After her solo mission ended with Talia passed out in the woods. We find her several months later in a sick bed back at her home. She is suffering from mysterious seizures and hasn't been allowed visitors for almost a year! I know, I know that is extreme. Her health is at a plateau and she is able to help out Mac by finding the spy that sold Talia out to Ian Crane.

I loved the direction this book has taken the Talented series. It read a little longer than the first in the series, but it really was just as enthralling, if not more. Davis has brought us to a new world and sometimes authors can lack that certain oomph their first novel had, this sequel was really great. She kept the same main characters around and I am very excited to see what will happen in the third novel, Hunted.

I felt slightly rushed through the beginning of the novel. I wanted to know so badly where Erik was in all of this that I flipped pages rather quickly. But for all that waiting Davis brought us to him in a realistic way, and more than made up for the wait in the end.

Another bonus I would like to discuss is Donovan. He was a great character to delve into in this novel. I felt I got to know him more as a person this time around instead of the pushy boyfriend or the enemy. I got to know him for his deep down thoughts and I do really like how Talia handled herself with him. He should be another character to watch in the third novel.

Overall, this book needs to be picked up. If you have yet to read the Talented series you can find the novels here on Barnes and Noble or Amazon. They are in ebook format and completely a steal at only $2.99!

Recommended for people that enjoyed:
Glitch or Uglies
Posted by Unknown at 8:00 AM
Email ThisBlogThis!Share to TwitterShare to FacebookShare to Pinterest