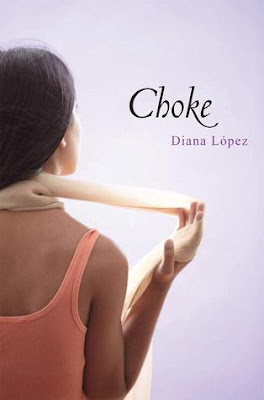 
A heartfelt novel about the disturbing "choking game" trend -- and one girl's struggle for self-acceptance.

If she could -- if her parents would let her -- eighth-grader Windy would change everything about herself. She'd get highlights in her hair, a new wardrobe; she'd wear makeup. But nothing ever changes. The mean girls at school are still mean, and Windy's best friend Elena is still more interested in making up words than talking about boys.

And then one day, Windy gets the change she's been looking for. New girl Nina -- impossibly cool, confident, and not afraid of anyone -- starts hanging out with Windy! Nina even wants to be "breath sisters." Windy isn't sure what that means, exactly, but she knows she wants to find out. It sounds even better than a BFF.

Windy is right, at first. Being a breath sister gains her a whole new set of friends, girls she feels closer to and cooler with than anyone else. But her inclusion in the new crowd comes at a dangerous price. Windy wants to change everything about her life ... but is she really willing to give up everything in the process?

This book was written by a Middle School teacher, and it read like it was written by a middle school teacher. I felt like I was being preached too throughout the novel. It was told through the perspective of eight grade Windy. Before I read this I did not know it was going to be about younger girls, I thought I was going to get more maturity and depth. This however was about as deep as you might expect an eighth grader to be.

Choke was written for the sole purposes of raising awareness about the choking game and it's dangers. To warn girls (or boys) to not choke themselves to get a high. Being as I am already an adult and know this as simple commonsense I can relate to young impressionable girls trying to be cool, and doing something so idiotic as this. So, in that sense I am happy that this book is around. I just know it is not for me.

If you are young, between the ages of 11 and 15 I would say that this book could possible be for you. If you are older, than I suggest passing it by, you will get everything that you need out of this book by searching wikipedia or google.

Posted by Unknown at 9:46 AM
Email ThisBlogThis!Share to TwitterShare to FacebookShare to Pinterest