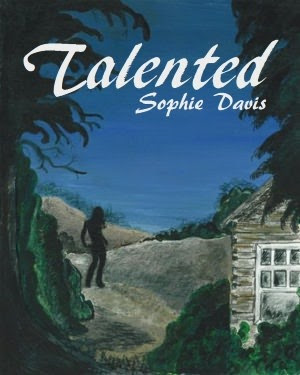 
Talia Lyons is Talented. Born after a nuclear spill, she is part of a new generation that possesses special abilities; Talia can read the minds of others and manipulate their thoughts. Whether Morphers, Light Manipulators or Telekinetics, the Talented are taught to control their abilities under the protective eye of the government- to use their Talents for good. But all Talia wants is revenge.

Talia joins the Hunters, an elite group of government operatives, hoping to one day kill Ian Crane - the man who ordered the execution of her parents. Ever since she witnessed their brutal deaths, Talia has spent her life honing her abilities, determined to settle the score. But she still has a lot to learn before she can ease the pain inside. Talia turns to a boy who can mimic her Talents, a boy who truly understands her inner turmoil. But even he can’t help Talia, when she’s forced to choose between saving herself and avenging the lives of her parents.


Talented is an action-packed adventure, about a group of teenagers who aren't afraid to embrace their fears and fight for what they believe in.


Title: Talented
Author: Sophie Davis
Release Date: January 11th 2011
Where to buy (and believe me, you need too!): Barnes and Noble, Amazon

Wow, where to start. This book was a wonderful surprise. From reading others reviews about it and also it's high ratings, I expected this to be an entertaining story, but never did I expect something quite like what I found.

The story is gripping and brings a whole new twist on supernatural powers combined with a futuristic world. Talia, herself, has an exceptionally extraordinary power, making her special, and making her stand out. Her powers are unbelievable and I can't wait to learn what else she can do in the second novel. Sophie Davis really spun an interesting web of life, in a world that I would really love to live in. Davis makes me believe it is possible to have powers and did a wonderful job incorporating them into the everyday life of a teenager.

The dystopian world in which they live is also very realistic. It was not too extreme and unrealistic. This was a world that was highly plausible and I am going to say it again. I really want to be a Talent!

For picky readers, this is a self published book. There are some weird errors, but the novel is exceptionally well written, and the errors are few and far between. Honestly, the only thing keeping this book from perfect is an editor and a literary agent and this book would be vanishing from the book shelves of any store. I can't believe it has stayed so unknown up to this point!

This is a true hidden gem. I recommend reading it as soon as you get a chance and for only $2.99 how could you pass it up!

Recommended for people that enjoyed:
Glitch or Uglies
Posted by Unknown at 8:00 AM
Email ThisBlogThis!Share to TwitterShare to FacebookShare to Pinterest