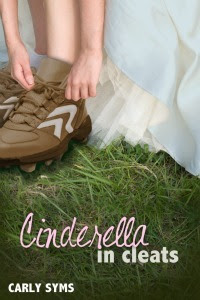 It started just like any other Saturday: Whitney, her best friend, Jason, and their fathers tossed an old football around in the park. But when her dad dies of a heart attack, Whitney doesn't realize her passion for the sport and her friendship with Jason will never be the same.

Two years later, Whitney's ready to begin the long journey of re-discovering her love for football, encountering a sexist coach, an unethical but irresistible opponent, a mustard yellow T-shirt, and Jason along the way.


How many boys, romance, and hits on the field can Whitney handle before it becomes too much and she's forced to throw in the towel on her dreams?


So, there was a beginning, a middle, and an end. Unfortunately, there was no plot and absolutely zero character development.

I went into this novel with very high hope. I read Catching Jordan in the past and the book was so unbelievably epic that I just had to get my hands on this one for just a possible glimpse back into that world. Instead of a strong willed female lead, I received a shallow, boy obsessed, immature and petty teenage girl.

The story line was almost impossible to follow and every single guy seemed to fall at Whitney's feet the very second she decided to tryout for the football team. She ditched her best friend for her man, and before that she tried to date her best friends ex-boyfriend. Umm, what the heck is wrong with this picture.

Stepping away from the plot, the writing was absolutely amateur. I don't know what the record is for number of times and author can use the word "like" but Carly Syms is definitely int he running for the record. Reading this was painful, I forced myself to go through with it because I have an incessant need to finish what I have started.

All in all, this book was not worth the $2.99 I spent on it. I wish I could take the time back that it took to read. I felt like I was in the mind of a twelve year old when it came to the reasoning that took place here. If any of this sounds appealing to you, then by all means read the book. Simply put, it wasn't for me. Maybe it's for you.


Rating:
No stars from me.

Would not recommend.
Posted by Unknown at 10:04 PM
Email ThisBlogThis!Share to TwitterShare to FacebookShare to Pinterest