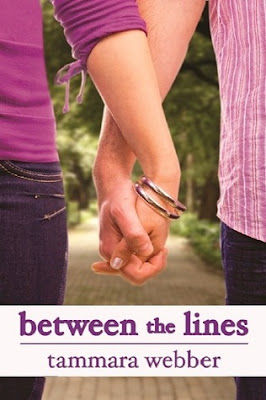 When Hollywood It Boy, Reid Alexander, arrives on location to shoot his next movie, his goals are the same as always—film another blockbuster hit and enjoy his celebrity status to the fullest while doing so. His costar is a virtual unknown with whom he had blazing hot chemistry during her auditions. The universe is lining up nicely to grant whatever he wants, as usual, until he’s confronted with unexpected obstacles on location like a bitter ex-girlfriend and a rival for the first girl to spark his genuine interest in years.
Emma Pierce just got her big break after more than a decade of filming commercials for grape juice, department stores and tampons, and more recently, bit parts in made-for-TV movies. Nailing the lead role in a wide-release film sent her agent, father and stepmother into raptures, and should have done the same for her. The Problem? Emma is experiencing a building desire to be normal, and starring in a silly, modernized adaptation of one of her favorite novels—opposite the very hot Reid Alexander—isn’t going to advance that aspiration.
Graham Douglas doesn’t fear playing the part of a nerdy dimwit; when it comes to choosing film roles, if it pays, he’ll do it. Besides, his friend Brooke Cameron snatched up the role of the bitchy hot girl and could use his help as a buffer, because her ex is the star. Graham has no problem keeping a handle on the situation, until he finds himself attracted to Reid’s costar, Emma, the girl Reid is pursuing full-throttle with his standard arsenal of charm, good looks and arrogance.
Author recommendation: Mature teens+ (language/drinking/sexual situations)


Between the Lines. How to start...This story was very entertaining. I read the story at a very quick speed. The novel alternates between the views of Ried and Emma. Now, after reading the description of the story it makes you feel like it is going to also be read through the eyes of Graham as well, but sadly that never happens.

So Emma, she is the girl next door type. Sweet and innocent, she lands the part of a lifetime with one of the worlds hottest upcoming actors. Pretty much, he is the equivalent of a slightly more manly Bieber of the acting world to these people. She gets to play Elizabeth (Lizbeth) to his Mr. Darcy (Will).

Ried is the hot and big-headed movie star, we all expect people like him to act like. He is in full belief that all women love him and no one could ever turn him down. Early on he sets his sights on Emma, he wants a little costar action on the side, something he has become so good at that he has it down to a science. He plays games with her and still has some rendezvous on the side while trying to keep Emma as his main goal. Ried gets threatened when he feel competition waging from an indie-actor Graham, who always seemed to be accompanied by Ried's ex Brooke (the star of a show that is supposed to be something like Miley Cyrus and Hannah Monatana or something without the singing *the impression I was given*) This makes him get suspicious of Emma and his "relationship."


Graham is a good guy, who from what it seems has some pretty deep feelings for Emma, but he never pushes forward. Never makes that move so we are left wondering.


This story is another one of those rare gems that go further than I expect them to. The climax is followed by a long length of resolution time where we can see where everything is headed. It gives us plenty of time to come to a perfect happy ending.


Then ending was so satisfying, in fact, that I thought that was it, the story was officially over. But then I come to discover that there are two more stories that follow it. I will be sure to put those books on my to-read list!


This story is perfect for a light and fluffy read.

Recommended for people who enjoyed:
The Boyfriend Thief or Sophie & Carter
Posted by Kelley Lee at 10:42 PM
Email ThisBlogThis!Share to TwitterShare to FacebookShare to Pinterest