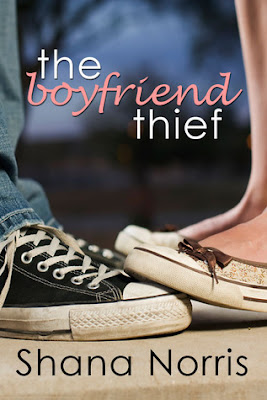 Avery James has her life planned out: this summer she'll work with a humanitarian program in Costa Rica, next year she'll graduate at the top of her class, and after that, college and medical school. Perfect, planned, total order.
The only problem: getting the rest of the money she needs for the trip before the deadline. Hannah Cohen, her biggest competition for the valedictorian title, makes an unexpected offer: If Avery can win over Zac Greeley and make him break up with Hannah before the end of the school year, a check for five hundred dollars is all hers. Faced with the prospect of spending yet another summer working as a giant hot dog, it's an offer Avery can't refuse.
Zac is nothing like Avery expected. Within his chaotic world of midnight slushie runs and spontaneous dance parties, her total order is quickly falling apart while Hannah seems poised to get everything she wants. But just how much is Avery willing to give up for the perfect, planned life?


I read the description for this book numerous times, and from the blurbs about it I thought it wasn't for me. I mean the boyfriend thief? Not my cup of tea. How did I end up reading it then? Well in a desperate search for cheap books on my nook, I came across this for $2.99. Now, I figured I could deal with the consequences for the price. So I bought it and I am so very glad I did.


The book in no way revolved around the semi-gross concept of stealing someone else's boyfriend. Instead is was a refreshing story about Avery James. Who for starters, is a complete nerd. She is so focused on her goals that she has shut herself off from anyone getting close to her. Mostly, this is all connected to the fact that her mother has abandoned their family leaving Avery to fill the motherly role in the house.

So, here's how the boyfriend stealing became a reality. In her econ class she is assigned the partner Zac Greenly, who appears to be the slacker of a lifetime. His girlfriend is Hannah Cohen, most popular It girl, class president, and currently number two just behind Avery for highest school ranking. Well, Hannah proposes a plan to Avery, who is a little strapped on cash at the moment. For $500 bucks, Hannah wants Avery to steal her boyfriend Zac away. She can't dump him herself because that could cause a poor image to the girl who is trying to be voted class queen. Avery accepts the deal, expecting nothing but keeping it strictly professional. Only, she didn't expect that Zac could have such an effect on her. Throwing her out of her comfort zone and making her do things she never could have possibly imagined in her life.

Along the way of The Boyfriend Thief, Avery has other problems as well, like her best friend dating an alleged total creep, her father bringing home yet another new girlfriend, and her brother treating her like she could be his new mom. None of those problems though are bigger than the one Avery is dealing with underneath it all, herself. She is her own worst enemy and gets herself caught up in some really terrible situations. Luckily for her, she has a great friend and her family by her side. Teaching her some perspective she never knew she needed. And hey, maybe she could even fall in love along the way.

Overall the novel read really fast. I was flipping page after page, metaphorically of course because I read it on my nook. There are only four things that did bother me slightly. The first was that everything unraveled rather quickly. Almost immediately. One page everything is going well, then the next everything is out there in the open and we have one major cry fest on our hands. The second is that there are some things that I would have liked answers too before the book ended. They were not crucial to the story line, so I know I can live without knowing. The third thing that bothered me was that there were a few weird errors in the novel, like a time where there was a lowercase 'I' that was just sitting there with no purpose to the sentence in any way, just a typo. Things like that make my eyebrows bunch together and blink a few times to make sure I am not hallucinating. I was happy that this didn't happen often enough that I noticed it as a major problem just a few noteworthy times. Lastly, I was bothered by the fact that a few of the characters were not described well early on. It was to the point where I had a well developed opinion of what the character looked like, then we got a tiny detail and it changed everything. Kind of like when you read the book that later turns into a movie. The character just never looks right to you.

The Boyfriend Thief was an entertaining story that surprised me in more ways than one. I was happy that the author, Shana Norris, didn't get caught up in some things that I feel a typical author might have decided to expand more on, and I liked the strong willed personality of Avery. The story could be closely compared to Along for the Ride by Sara Dessen, in the personalities and actions of our main characters and their love interests, but not too closely that I feel it is the same book. My lesson learned through reading The Boyfriend Thief is that it might have just inspired me to not always judge a book by its blurb.

Recommended for those who enjoyed:
Along for the Ride
Posted by Kelley Lee at 7:38 PM
Email ThisBlogThis!Share to TwitterShare to FacebookShare to Pinterest