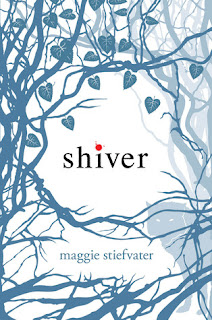 Grace and Sam share a kinship so close they could be lovers or siblings. But they also share a problem. When the temperature slips towards freezing, Sam reverts to his wolf identity and must retreat into the woods to protect his pack. He worries that eventually his human side will fade away and he will be left howling alone at the lonely moon. A stirring supernatural teen romance.

So first things first, I was hesitant to read this novel. Why you ask? Well the answer is simple enough. I did not want this book to suck. I enjoy the concept. I grew up in Minnesota and I always felt that MN has not always been shown in the best of light. So, I really hoped that this book was going to be great and not just mediocre which sadly is where it fell for me.
I chose two stars to rate this novel because two stars tends to mean that this novel was okay. I cannot commit and say that I didn't like this book, because there were some parts that I liked, but I also cannot go so far as to say that I liked the book. So two stars is where it lands.

The beginning was not pleasent. It starts out and I quote


"I remember lying in the snow, a small red spot of warm going cold, surrounded by wolves. They were licking me, biting me, worrying at my body, pressing in."

Now those two lines to start off this novel made me go "Oh come on! This is what you are giving me?" She remembers lying in the snow, where is this spot of red? The imagery here is nonexistent. To me it feels as if she is trying to hard to be symbolic and poetic. Then she says she is surrounded by wolves that are licking her and biting her, and that they are worrying at her body? I mean she makes it sound like the wolves actually cared for her, and wanted her as more than just a meal in the freezing cold winter. Next, one whole sentence later Stiefvater writes,

"The musky smell of their coats made me think of wet dog and burning leaves, pleasant and terrifying."

Hmm...Last time I checked the smell of wet dog was definitely not pleasant, neither is the smell of burning leaves. I also wanted to know why in the world we are smelling burning leaves at this moment, is there some huge Minnesota forest fire happening around them that even the wolves, so ravenous in their hunger, are able to ignore. I have been in plenty of Minnesota's acres of forest and not once have I smelt burning leaves unless there was a fire. Just saying. Then to top off the beginning of the book, can someone please explain to me how and why this girl is able to enjoy the smell of wet dog and burning leaves when these wolves are eating her? No, I don't think anyone can explain this to me unfortunately.

"Reactions to my eye color ranged from furtive glances to out-and-outstaring."

She mentions this another time later in the book but seriously out-and-out, what language is that? I have never heard it before, granted I have only lived for 21 years but still, when did it not become okay to just say outright staring?

Anyways enough of my nitpicking, let me get to the actually meat of the story. Grace and Sam are the two main characters that we get to see from alternating perspective. Now there are times when I actually liked both of these characters. Then there were times that I felt *ohhhhkaaay you deserved it for being such a lazy ignoramus*. Grace is the girl in the beginning with the ability to stay calm while wolves take bites of her flesh...

Moving on, she has grown up from that now and it has been 6 years since her wolf attack. Grace is a good student, she attends all her classes and gets good grades, her parents are nonexistent in her life, being her mother is an artist always at her studio or with her father out their friends, and her father is a business man that is always working. So basically she is boring. Oh yeah, do not let me forget to mention that, surprise, surprise she has an obsession with the wolves that live behind her house. Not only that but her and her friend take picture of them and she even recognizes "her" wolf, the only one that actually has the color of wolfs natural eyes, yellow. She can even hear and recognize his howl to the "moon" at night. Point of fact for Stiefvater, wolves do not actually howl at the moon. Yes, in fact wolves howl as a way of showing togetherness and pack unity. They also use it as a way of communication, not by sending pictures to each other like you would through a cell phone. The only reason why you might hear more howling on a night of a full moon, is because it is much lighter out than other nights. So the wolves can see more and be more active in their hunting.

So, Grace continues to be happy, living in bliss, watching her wolf from afar. Until one day a classmate is murdered by wolves. Later that same day her wolf comes to her and she is able to grab his "ruff" and they share a moment together. Then an evil she-wolf that is jealous of Grace threatens her and her wolf leads Grace back into the house, to safety. Oh, did I mention that she talked to the wolf and actually asked him if the blood, yes BLOOD, under his mouth was from her classmate that was killed. She is a smart little darling. Anyways fast forward, because the boy was killed, the men in town get all macho and decide that it is time to kill some wild wolves. On this mission Sam who, you guessed it, is "Grace's" wolf, gets shot. Miraculously he ends up as a human, naked, on Graces porch. She takes him to the hospital blah blah blah, romance ensues.

Now this is where it gets interesting right, more like "oh, I get it," but we don't get much more than that. I started to feel like here is Edward and Bella coddled together again, only this time Bella is a little more bearable. I've read form other's reviews of this book that people wonder why I can compare Edward and Bella to Sam and Grace, well this is a quote that pretty much sums up why I feel this way.

Grace: "You haven't seen me naked, have you?"
Sam: "No!" My answer came out distinctly rushed.
Grace: ..."Well unless you want to see me naked now, you'd better turn around."
Sam: "I didn't mean to."
Grace: "Are you always so apologetic?"
Sam: "I'm trying to make you think I'm a decent person. Telling you I saw you naked while I was another species does not help my case." (And here is comes the winner of it all)
Grace: "I'll grant you leniency, since I should've pulled the blinds."

If Grace would have come in and said that I'll grant you leniency because you were a wolf at the time, or if she was just downright honest with herself and said because I really like you and now I simply just don't care. Then I would have thrown the Bella and Edward comparisons out the window. But, unfortunately, I cannot do that. She said that she should have pulled the blinds, that it was her fault that she didn't do something about it. My concept here is that, sure if you don't want someone to accidentally see you changing then you should be sure to close the blinds, but it is not your fault for said person to stare. If it had been anyone else but Sam staring at her through the window then you best believe she would be throwing peeping tom charges around like nobodies business. Just be honest with yourself and tell the truth, and problems like this would not come up.

I have to say, pushing all the negative aspects about this book aside, sometimes the romance between Sam and Grace was really sweet. I enjoyed some of their moments together. It really was fun to read those parts. The biggest downfall between these two though, is the fact that they always had an expiration date stamped on their relationship. There was never a moment where they were actually trying to prevent him from changing permanently. They were only in the now, suffering from ignorance is bliss. That all great and fun but it only works till shit gets real, and it eventually does. Their love cannot be held onto for much longer and then finally it is over. You cannot run away from a Minnesota winter, believe me, it always finds you. They think they may have found a cure, but it kills someone. So they lose hope and Grace mopes around. She sits outside in the snow wanting and waiting to change, hoping the cold will take her to her love. Then the ending all unravels way to quickly, I know that this book is part of a series, so it was most likely lead up for Linger. But that doesn't make this book any better for me.

So for a recap, this book was okay. There is not much to be said upon the romance for me because I myself am a fighter and will fight to PREVENT something bad from happening rather than waiting for the something bad to happen and then trying to FIX it. So I felt they deserved what came to them. If you don't try and stop the bad from happening then when the bad comes you have to take it for all it is worth. On a more positive note Sam and Grace are much more bearable than Edward and Bella, but I cannot ignore some of their rather similar characteristics. If you are choosing to read this, then Good Luck and I hope you enjoy this novel much more than I did.

Recommended for people who enjoyed:
Unearthly or Tiger's Curse
Posted by Kelley Lee at 9:04 AM
Email ThisBlogThis!Share to TwitterShare to FacebookShare to Pinterest