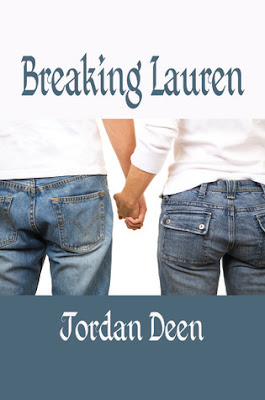 
Seventeen-year-old Danny Cummings' life is far from a fairytale, but that's okay since he doesn't believe in happy endings. After spending a year in juvenile hall for maliciously beating his sister's boyfriend, Danny embraces his badass image. Spending most nights drinking, fighting and collecting gambling debts for his Uncle, Danny's life is out of control. His addiction to the bad boy lifestyle won't let him do anything about it, even with his family begging him to go straight. But, when fifteen-year-old Lauren McIntosh stumbles into one of his nightly escapades, the self-proclaimed anti-romantic can't concentrate on anything except Lauren and the fact that she's on the same path his sister was on. Danny knows true love happening for the villain is as common as gamblers paying their debt on time, but he's never backed away from a challenge before and he hates the idea that history will repeat itself.
Growing old with the man she loves—in the small town where she was born—is the only dream Lauren McIntosh has ever had; that is until her family is practically run out of town amidst rumors of arson and adultery. So, when she meets Danny at her new school and hears the rumors about his activities from her new friends, she wants nothing to do with him or the gossip that seems to follow Danny everywhere. After a dangerous and ill-fated attempt at sneaking out, she develops unwelcomed feelings for Danny that he seems to reciprocate. But, Danny’s unrelenting pursuit makes Lauren nervous, especially since he's the only one that wants to know the secrets surrounding her family’s move. Lauren can't tell if Danny's intentions are true or if he has other plans for their newfound and unlikely friendship. The only way to figure out is to let him in and that could destroy everything, including the popularity and social acceptance she desperately seeks.

*Recieved from Netgalley and publisher for an honest review.

After reading this novel, I took it upon myself to actually read the blurb, and I found I would have been duly warned about this novel before I read it, had I been thorough when I requested this on Netgalley. So, it is my fault, I put the blame on myself. To be honest when I first read the blurb I skimmed the first paragraph so quickly that I thought we were talking about a girl named Danny who has been to juvi, and I was like "Heck yes, B.A. girl in the house." Well the story is the complete opposite of that.

Danny is the tough guy, and has fallen into the enforcer gig for his uncle's bookie business. He is all business, money, sex, and alcohol. Told from alternating perspectives, Lauren is the goodie-goodie to the EXTREME. She recently moved from a small po-dunk town in Illinois to Cali, where she plans on reinventing herself so she can become popular and be a cheerleader. (You know, every girls dream!) Well when they first spot each other across the quad, it is love at first sight. Danny catches one glimpse of her and he is ready to throw his wild lifestyle of girls and money away, without ever even talking to her. Luckily for Lauren, she has a few cheerleaders right next to her and they warn her away from the bad apple that is making eyes at her. Still she is intrigued, but she wants the perfect life just like her mother and father, (you know what I mean, the one where her father cheats on her mom, and her mom commits a felony by burning down their home, she wants that.)

So, instead of going with her love at first sight, insta-love, she goes after the wide-receiver of the football team, yummy, handsome Josh. *wiggles eyebrows* But it just so happens that Danny's sister dated Josh way back when and he broke her heart, so instead of telling Lauren about the upsets that Josh is sure to cause her, we let this play out and let Lauren learn her mistakes for herself.

I was upset that the author seemed to take the easy way out on this one. Danny was a love struck little boy, who was literally obsessed with Lauren. If she would have given Lauren more of a back-bone and let her be slightly intelligent and have some thoughts of her own, and given Danny more of a personality, instead of it being a personality solely revolved around Lauren, then this could have the setting of a very good book. Come on, I mean bad boy wants to be good for good girl, it is a concept that I am a sucker for.

So the entire book Danny is chasing after Lauren, trying to make himself better for her, when he isn't insisting he doesn't like her. Lauren has her little moments with Danny, but then she goes right back to Josh, because he is the good boy, the one who would never do anything to hurt her.

Now, the end is where I have to shake my head a little bit. I mean, we were all set up for the grand finale...when, it ended very abruptly on an awkward cliff hanger. I feel like I was halfway off the edge, but for some reason, I still haven't fallen yet. This is when I find out the author has planned to make this book a series, the next one is called Losing Lauren, and it comes out in January 2013.

This may be my inner masochist coming out, but I actually want to read Losing Lauren, I want to read it like right now. Because, I actually liked Danny, other than his obsessiveness over Lauren, he was the basis of the kind of character I like. So, I actually want to know what happens next. This may not have been the best books ever, and it may have also been annoying with a female character that is selfish, petty, and materialistic, but Danny was pretty cool. So I gotta find out what happens next. This is my guiltiest of pleasures.

Recommended for those who enjoyed:
Hereafter (because in my opinion the romance is close to the same for sappiness)
Posted by Kelley Lee at 10:04 AM
Email ThisBlogThis!Share to TwitterShare to FacebookShare to Pinterest